The colossal cushion-cut specimen you see here is the American Golden Topaz, the third-largest faceted gemstone in the world and a stellar example of November's official birthstone. 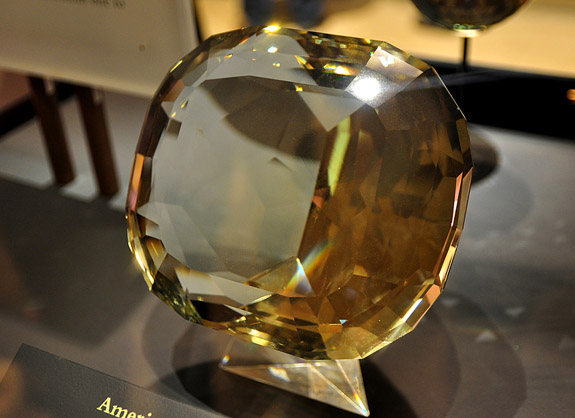 Sourced in Minas Gerais, Brazil, and tipping the scales at a whopping 22,892 carats (10.09 lbs), the American Golden Topaz was cut by Leon Agee over a period of two years in the late 1980s from a 26-pound stream-rounded cobble owned by Drs. Marie L. and Edgar F. Borgatta. 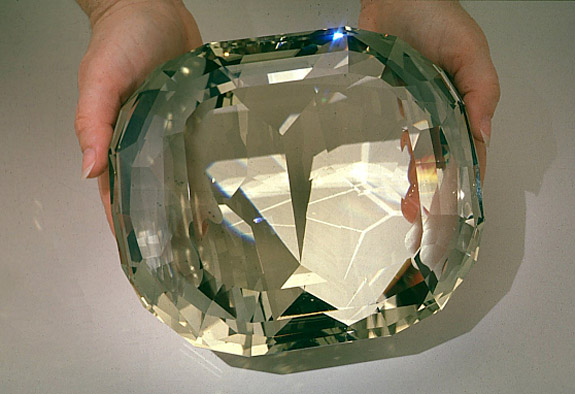 The final product has 172 facets, a warm honey-gold color and is the size of a honeydew melon, measuring 6.9 x 5.9 x 3.7 inches. The stone boasts a combination of uniform color and near-flawless clarity.

In 1988, the American Golden Topaz was donated to the Smithsonian Institute, and put on display in the Janet Annenberg Hooker Hall of Geology, Gems and Minerals — one of the most popular galleries in the Museum of Natural History in Washington, D.C. 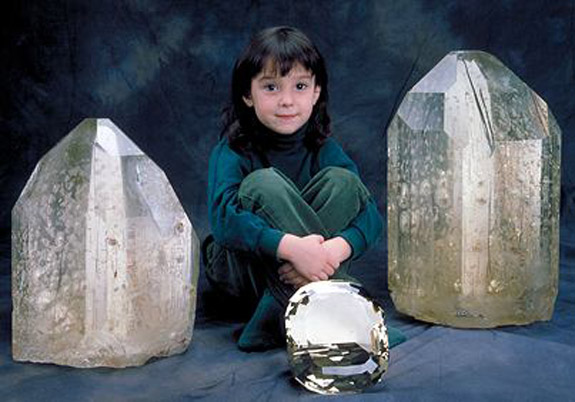 According to the museum's website, topaz is renowned for its ability to grow huge gem-quality crystals. Shown here are two of the world's finest large topaz crystals, the 70-pound Lindsay Uncut Topaz and the 111-pound Freeman Uncut Topaz. In the foreground is the faceted American Golden Topaz. Each of the uncut specimens was also mined in Minas Gerais.

The American Golden Topaz is one of the world's most impressive examples of the popular family of gemstones that can be seen in a wide array of warm colors, including brownish-yellow, orange-yellow and reddish brown. It's also found in white, pale green, blue, gold and pink.

In addition to Brazil, topaz is mined in Mexico, Sri Lanka, Africa and China. Topaz is a talisman for the sign of Sagittarius and is the suggested gift for the 23rd or 50th wedding anniversary.