Eighty-three pieces of fine jewelry worn by fashionable First Lady Nancy Reagan are set to hit the auction block at Christie's New York in September. A live auction will take place on September 21 and 22, and an online auction will run from September 19-28.

Among the items from The Private Collection of President and Mrs. Ronald Reagan are necklaces, earrings, bracelets, pendants and brooches with an estimated value of $280,000. Experts believe the jewelry could easily surpass the auction house's high estimates because the pre-sale prices reflect their current market value, while the provenance of the items was largely left off the table.

The most expensive piece in the First Lady's collection is a diamond-and-gold lion pendant/brooch necklace designed by Van Cleef & Arpels. It was one of Reagan's favorite pieces and she was photographed wearing it several times, most famously during her 1988 state visit to the U.K. The necklace, which can be broken down into four bracelets, was described as "iconic" and "so wearable" by Tom Burstein, senior vice president, jewelry department at Christie's, during an interview with CNN. The piece is estimated to sell for $30,000 to $50,000. 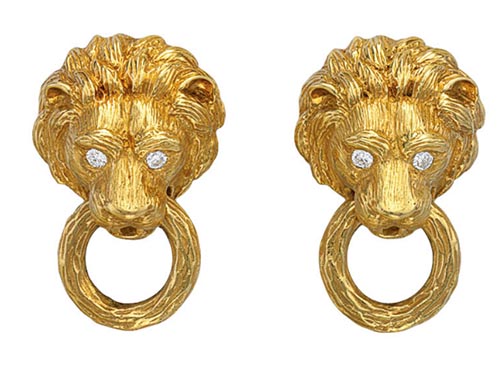 A close look at this beautiful portrait of Nancy Reagan with the U.S. Capitol in the background reveals her cultured pearl-and-diamond ear clips, the same items that will be offered for sale at Christie's. 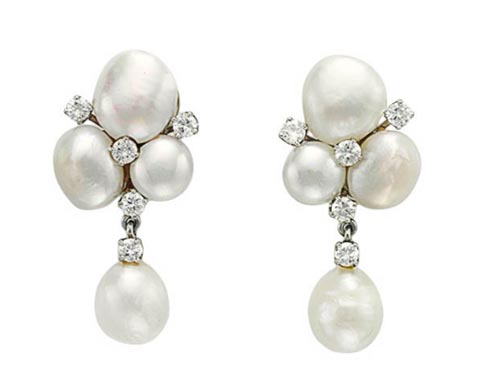 Reagan, who passed away in March at the age of 94, was photographed wearing these during a 1982 reception at the Capitol Mall marking the first-ever edition of USA Today. Christie's estimated the sale price to range from $1,000 to $1,500.

The most patriotic piece in the group is a red, white and blue ring by Bulgari. Featuring diamonds, sapphires and rubies, the octagonal-shaped ring has an American flag motif. The estimate selling price is $5,000 to $8,000. The First Lady appropriately wore this ring on July 4, 1986, at an event supporting the restoration of the Statue of Liberty.

"It's a beautiful ring that is drawing the most attention so far," Burstein told CNN. "It will be the highlight." 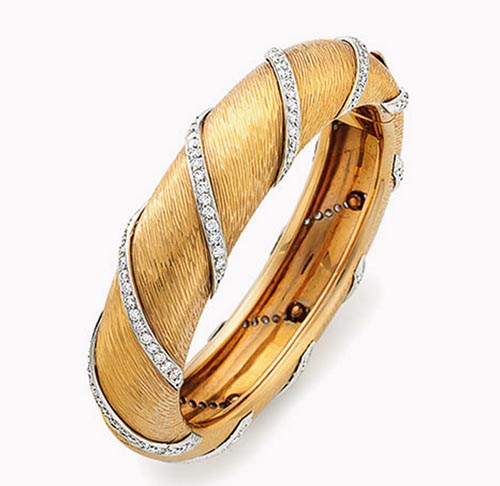 Among the most classically stylish items in Reagan's collection is a gold-and-diamond bangle bracelet, also by Bulgari. The textured 18-karat gold bracelet is intersected by diagonal platinum and circular-cut diamond rows. The First Lady wore this often at state dinners. The estimate selling price is being set at $5,000 to $7,000.

In addition to fine jewelry, Christie's will be auctioning more than 600 items, including furniture, decorative works of art, books, memorabilia, paintings, drawings and prints from President and Mrs. Reagan’s home in Los Angeles. In total, the auction is expected to generate more than $2 million.

Proceeds from the auction will benefit The Ronald Reagan Presidential Foundation and Institute.