Imagine walking barefoot on a blanket of sparkling green sand that owes its astounding color to olivine crystals eroded from an ancient volcanic formation and delivered to the shore by ocean waves.

Mahana Beach on Hawaii’s Papakolea coast is one of only three green sand beaches in the world. The beach sand on the Big Island’s undeveloped southern tip is rich in the mineral olivine (Gem-quality olivine is known as peridot, the August birthstone). Olivine is a common mineral component of Hawaiian lavas and one of the first crystals to form as magma cools. 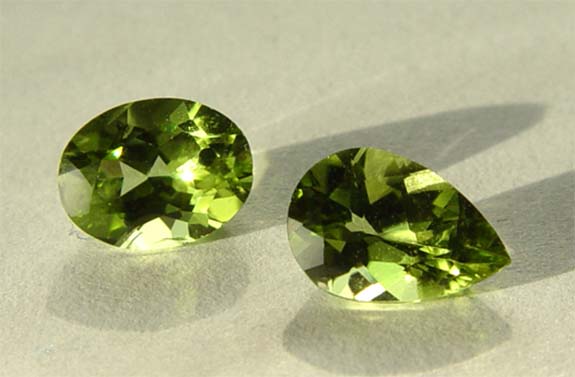 Locals refer to peridot as the “Hawaiian Diamond,” and small peridot stones are sold as “Pele’s tears” in honor of Pele, the goddess of volcanoes. In ancient Hawaiian chants, Pele was described as “She-who-shapes-the-sacred-land,” and her temper was known to be both as abundant and dangerous as the lava. 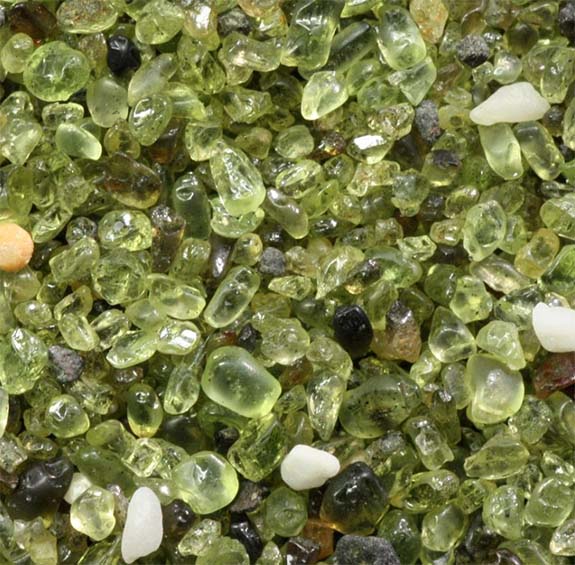 Those daring enough to take the three-mile hike through lava fields to the remote beach at the crescent-shaped bay of Pu’u Mahana, will be treated to a display of one of nature’s crowning achievements — a green beach that appears surreal against the backdrop of steely grey cliffs, turquoise blue ocean and bright blue sky. The hike will take about an hour, but locals offer rides to the beach in the back of a pickup truck for $15 in each direction.

The abundance of olivine crystals filling the beach comes from the eroded cutaway interior of Pu’u Mahana, a volcanic cone produced more than 49,000 years ago by the explosive combination of lava and groundwater. Once you've enjoyed the wonders of Mahana Beach, you can complete the green-beach trifecta by visiting the world's other two olivine-covered destinations — Talafofo Beach on Guam and The Green Beach on Floreana Island in The Galápagos.

The official birthstone for August, peridot is one of the few gemstones that occur in only one color: generally an olive green. The amount of iron in the crystal structures determines the intensity and tint of the green color. Specimens can range from yellow-green through olive green to brownish green. The dark-olive color is the most valuable.