The American Gem Trade Association (AGTA) and Jewelers of America (JA) have named spinel as the second official birthstone for August. It will share the limelight with the yellow-green gemstone peridot. 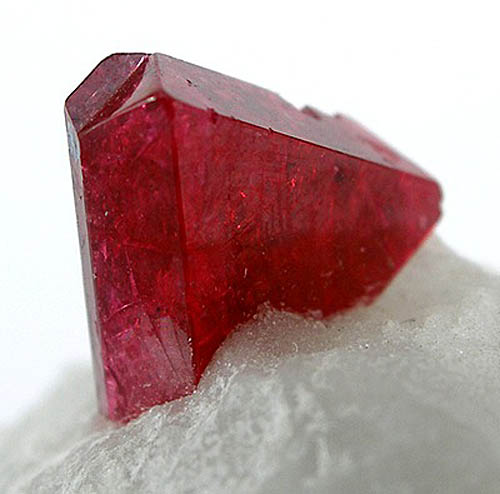 JA will promote the new birthstone in July via a public relations and marketing campaign.

“At certain moments in history, when there is a strong call from gem enthusiasts to expand the list of official birthstones, Jewelers of America believes in recognizing the importance of historically significant gemstones and giving gemstone lovers a choice that suits their preferences,” said JA President and CEO David Bonaparte.

The new addition marks the third update to the modern birthstone list, which was created in 1912 by the American National Retail Jewelers Association, now known as JA. The official list was updated in 1952 to add alexandrite, citrine, tourmaline and zircon, and again in 2002 when tanzanite was added as a birthstone for December.

AGTA CEO Doug Hucker said, “Ancient gemstone merchants revered spinel, and it was widely sought after by royalty. It was then known as ‘balas ruby.’ It wasn’t until the late 18th century that we developed the technology acumen necessary to distinguish spinel as a separate mineral from ruby. We are very excited to announce it as the newest member of the official birthstone list.”

Sanskrit writings referred to spinel as “the daughter of ruby.” The bright red color of spinel is so closely related to ruby the two were often confused. In 1783, spinel was recognized as a mineral distinct from corundum (ruby and sapphire). Ruby is aluminum oxide, while spinel is magnesium aluminum oxide formed when impure limestone is altered by heat and pressure. Both spinel and ruby get their reddish color from impurities of chromium.

It was believed that spinel could protect its owner from harm, reconcile differences and soothe away sadness. Its greatest appeal, however, is its range of brilliant colors. In addition to glossy rich reds — the most popular color for jewelry — spinel can typically be found in shades of orange, pastel pink and purple. Blue-green spinel is extremely rare. One of the most spectacular gemstone colors is the hot pink-orange spinel mined in Burma.

Notable spinel in history include a 170-carat red spinel, known as the “Black Prince Ruby,” which is set in the Imperial State Crown in the British Crown Jewels, and a 398-carat red spinel that tops the Imperial Crown of Russia commissioned by Catherine the Great in 1763.