Most Important Ruby To Appear At A U.s. Auction In 25+ Years Could Fetch $15m

The last time a ruby this magnificent was offered for sale by a New York auction house, President George H.W. Bush was Time magazine's Man of the Year, Macauley Culkin was starring in Home Alone and M.C. Hammer was wearing parachute pants. Yes, we have to go back to 1990 to match the grandeur of the ruby that will headline Christie's Magnificent Jewels sale on April 20. 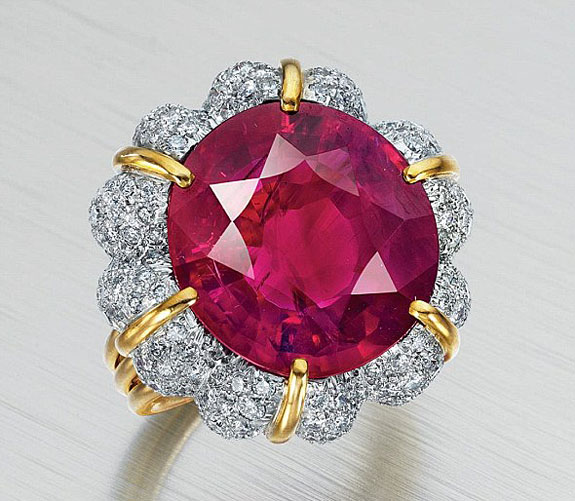 The 15.99-carat "Jubilee Ruby" is a true rarity in its exceptional size, color and quality. The oval-shaped Burmese ruby, which is framed by white diamonds in a platinum and 18-karat yellow gold mounting by Verdura, is predicted to sell in the range of $12 million to $15 million.

Back in October 1990, Christie's sold a 16.20-carat Burmese ruby. For the next 25-plus years, no gems of that size and quality would come up for sale. That's why Christie's is so excited to represent the "Jubilee Ruby."

“Top quality Burmese rubies of over 15 carats are an absolute rarity in the world of colored gemstones, and the record price of $18.3 million achieved for the 15.04-carat 'Crimson Red Ruby' at Christie’s Hong Kong in December 2015 exemplified the voracious appetite of collectors for these gems," commented Rahul Kadakia, Christie's International Head of Jewelry.

In a Christie's promotional video, the narrator states, "To say the 'Jubilee Ruby' is worthy of a king would be no exaggeration. Until the middle of the 19th century, only the Sovereign of Burma or an individual deemed worthy by him would have been allowed the privilege of possessing such a magnificent gemstone."

The ruby's intense, saturated red color — often referred to as pigeon's blood red — is often associated with the gems mined in Burma's legendary Mogok Valley. Christie's explained that the land near the mine is rich in chromium, an element that gives the gems a natural fluorescence. This fluorescence makes the stone “come alive” and appear internally illuminated.

While emeralds, sapphires and diamonds regularly appear on the market in extraordinarily large sizes, Burmese rubies greater than 15 carats in weight are uncommonly rare. Notes the Christie's video, "To find an almost circular cut unheated gem weighing more than 15 carats with near perfect crystallization is the dream of every gemstone connoisseur." 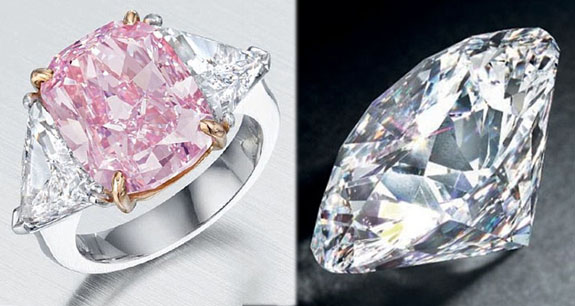 All the items featured at the upcoming Magnificent Jewels auction will be on public view April 15 through April 19, at Christie’s Rockefeller Center galleries.