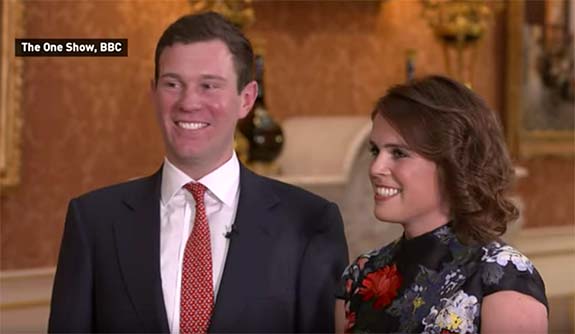 You see, the 27-year-old granddaughter of Queen Elizabeth II received an oval padparadscha engagement ring from her long-time boyfriend Jack Brooksbank. In the official photos released by Buckingham Palace and during a subsequent interview with the BBC, Eugenie proudly showed off her beautiful — but unusual — orange/pink stone. In an instant, the padparadscha had spawned its own storyline. 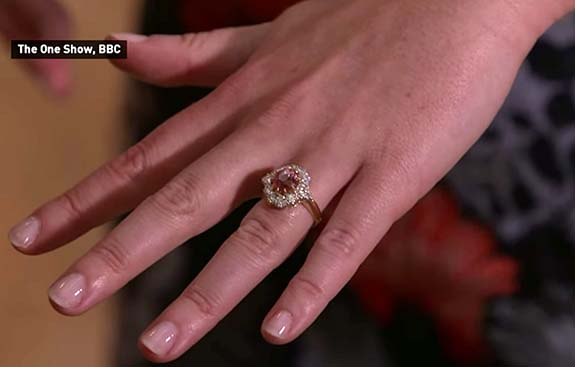 In the BBC interview, Brooksbank, 31, waxed poetic about the gem.

"What's amazing about it and why I love it so much is that it changes color from every different angle that you look at it," he said. "And that's what I think of Eugenie. That she changes color."

Eugenie's oval padparadscha is surrounded by a halo of white diamonds and is set in yellow gold. The engagement ring design is strikingly similar to that of her mother, Sarah, Duchess of York, whose ruby center stone complemented her red hair.

Called “a true Rembrandt among gemstones,” natural padparadscha is one of the rarest and most valuable varieties of sapphire.

Unlike its blue brethren, padparadscha boasts a salmon color reminiscent of the most delicate orange/pink sunset. The gem's name is derived from “padma raga,” which literally means “the color of the lotus flower” in Sanskrit.

Padparadscha belongs to the corundum family of gemstones, which includes rubies and sapphires. The presence of trace elements determines the color of each gemstone. While blue sapphires are naturally colored with iron and rubies with chromium, padparadschas are colored by the presence of both. The delicate interplay of pink and orange hues make this gem one of nature’s greatest marvels. 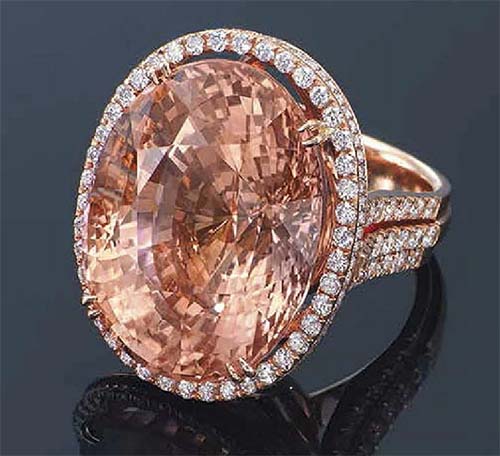 An excellent example of this strikingly beautiful gemstone hit the auction block at Christie's Hong Kong in May of 2013. The oval padparadscha weighed 73.98 carats and was framed with brilliant-cut diamonds mounted in 18-karat rose gold. The ring carried a pre-sale high estimate of $1.55 million.

Princess Eugenie and Brooksbank are expected to get married later this year and the Queen is reportedly delighted.