Russian President Vladimir Putin received an unusual gift for his 63rd birthday on October 7. It was a 3,055-carat, four-inch-tall blue sapphire carved with a 3D rendering of his own likeness. 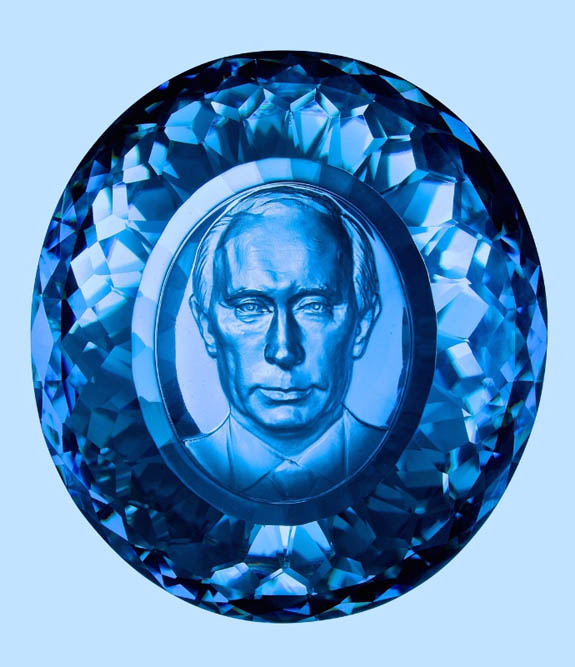 The Putin sapphire was designed and created by eccentric inventor Victor Petrik, who has devised an automated method to carve dimensional images into gemstones of any hardness, including diamonds. 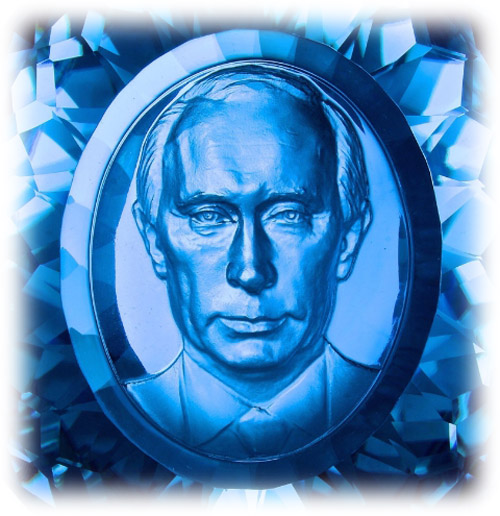 The impressive finished product starts off as a traditional putty or wax carving. How the art transfers to the gemstone is still a bit of a mystery, although he noted in a press release that laser and ultrasound technologies are not used.

The Russian-born Petrik, who has been called a "modern-day Thomas Edison" by admirers, and other unflattering names by his detractors, is famous for a number of his previous inventions that raised eyebrows in scientific circles.

These include a cell which generates electricity when breathed upon, a filter which turns radioactive waste into potable water, a device which extracts rhenium from scrap material, and a compound which turns light into electricity. 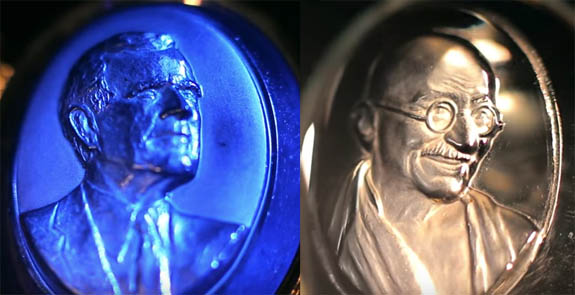 Petrik's Putin sapphire is just one of 90 such portraits rendered in 3D on rubies, sapphires, topazes and other natural or synthetic gems. Among the previous subjects have been President George H. W. Bush, Mahatma Gandhi, Pope John Paul II and Jesus Christ. More examples can be seen here...

The Putin portrait measures 3.93 x 3.5 x 1.73 inches and weighs 1.3 pounds. Despite the singular dark blue tone of the sapphire, the portrait carries a surprising variety of overtones.

Said Petrik of the the portrait: "Millions of years will pass, everything will be destroyed, but the portrait of the President of Russia on sapphire will shine in the rays of the everlasting sun."

Back in July, we profiled master sculptor Wallace Chan, who uses a special technique — aptly named The Wallace Cut — to create a three-dimensional image in a gemstone that seems to be looking in several directions at once.

Using a dentist’s drill with a specially adapted blade, the 59-year-old Chinese master sculptor cuts into the unfaceted back of a gemstone to render a subject that seems to be floating within the gemstone.