When Carli Lloyd, Abby Wambach, Christie Rampone and the rest of the U.S. women’s soccer team raised the World Cup over their heads in triumph Sunday, they were holding a trophy made of pure sterling silver clad in 23-karat yellow and white gold. 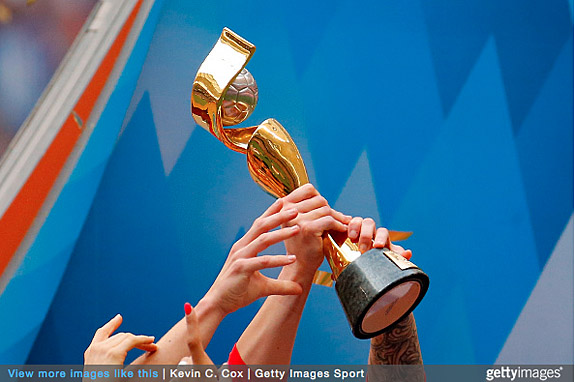 The FIFA Women’s World Cup™ trophy weighs 3.96 lbs. and is valued by FIFA, the international governing body of soccer, at about $30,000. The sterling silver value is about $1,000. 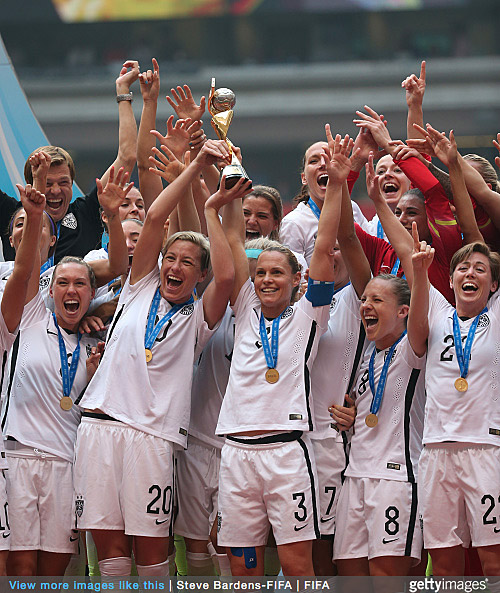 The value and composition of the women's trophy is a far cry from the one designed for the men’s tournament, which weighs more than twice as much at 10.8 lbs., is fabricated in 18-karat gold and has a precious metal value of $150,000. 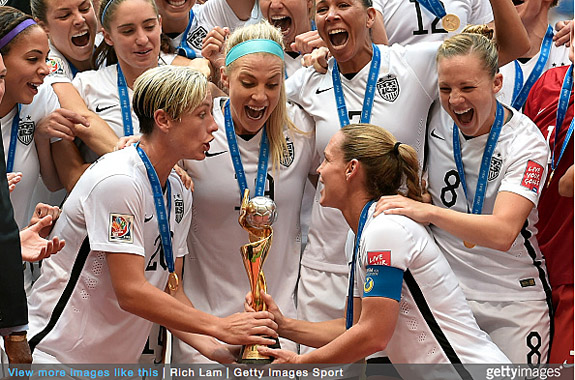 But, before we scream “Unfair!” please note that the women get to keep their trophy, while the men only get to take home a replica. The men’s FIFA World Cup™ trophy, of which there is only one original, always stays in the possession of FIFA.

Originally hand-made for the 1999 tournament by William Sawaya of the Milanese company Sawaya & Moroni, the women’s trophy takes the form of a spiral band, which wraps around a soccer ball at the top.

The spiral is designed in yellow gold and the soccer ball is plated in white gold. The trophy is nearly 18 inches tall (about 4 inches taller than the men’s trophy) and has a marble base.

A new trophy is produced for every FIFA Women’s World Cup™ tournament. One replica remains on display at the home of FIFA in Zurich, Switzerland. 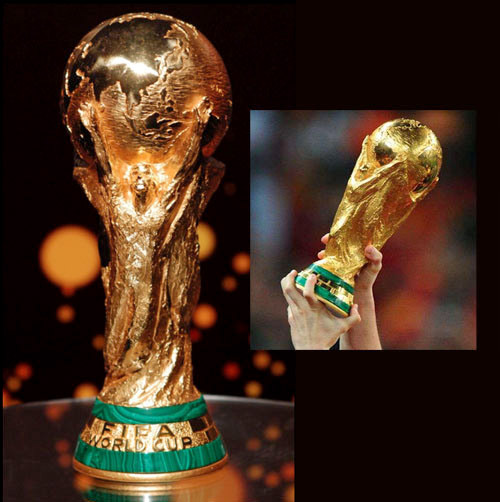 The men’s trophy is about 14.5 inches tall and depicts two human figures holding up the earth. It is fabricated from 10.8 pounds of 18-karat gold and features two rows of green malachite at the base.

The trophy is likely hollow. FIFA had previously claimed that the metal part of the trophy was solid gold, but Martyn Poliakoff of Nottingham University pointed out that, based on its dimensions, a solid version would weigh an unwieldy 154 pounds.

The U.S. women's dominating 5-2 victory over Japan in the final was highlighted by a hat trick in the first 16 minutes of the match by Lloyd. The three goals by a single player were the fastest ever recorded in Women's World Cup history, and the first hat trick ever in a final.

This is the third World Cup championship for the American women, with the other two titles taking place in 1991 and 1999.